We went to an airshow in May hosted by the Austin Radio Control Association [1] a little ways outside of Austin for a few hours on a sunny Saturday afternoon. The event was free and featured probably 50+ model airplanes being flown by a bunch of different pilots. Some of the pilots would do tricks and all the planes took off and landed on a custom airstrip.

The event was super cool and had me coming home thinking about getting a plane. These things can get expensive though! Here are a few of my favorites from the event:

A jet plane with a real fuel-burning jet engine. This thing was crazy fast and apparently cost around $15,000! This is it taking off from the air strip: 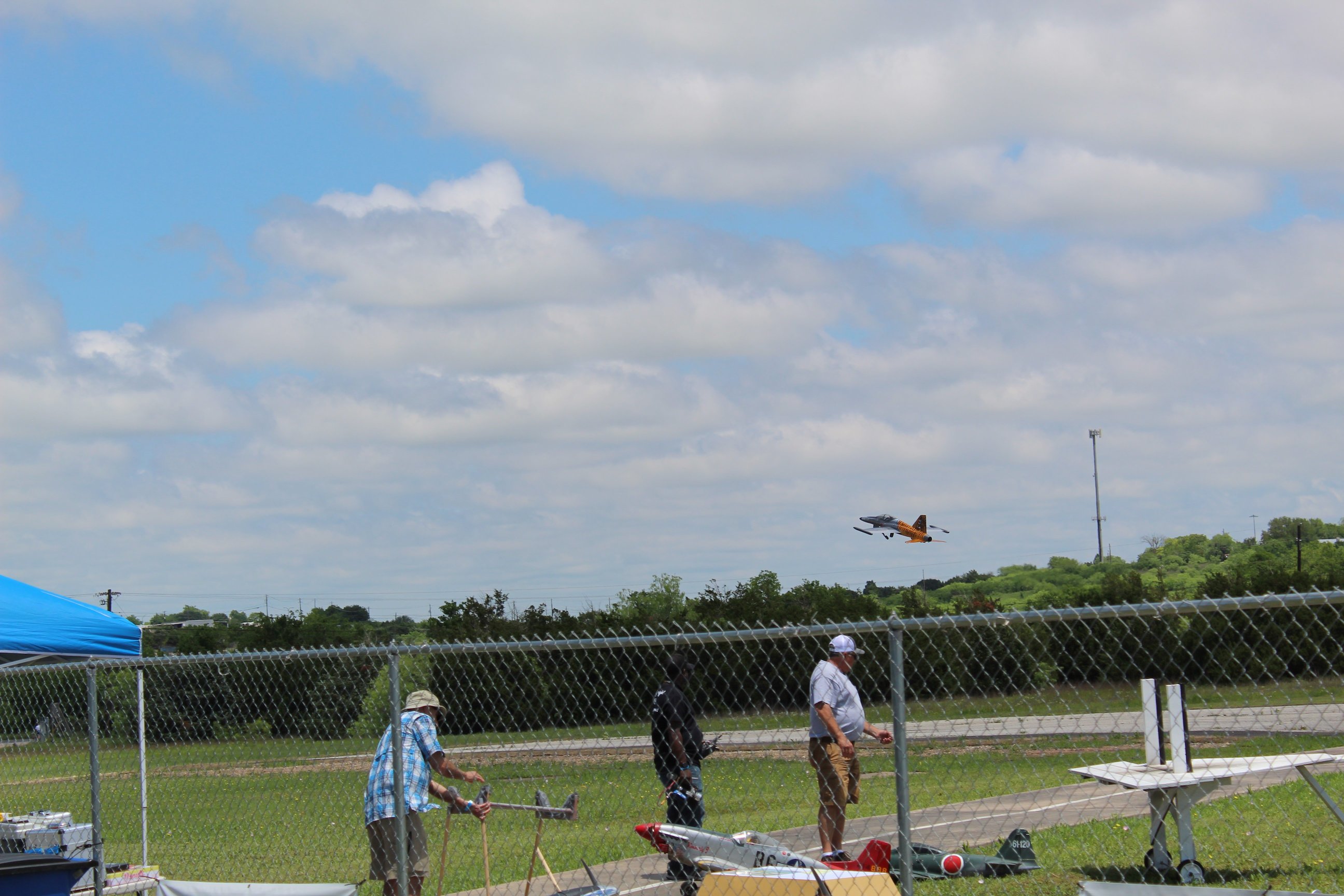 A giant bi-plane that ran a small four-cylinder engine. Many of the models ran on smaller nitro or two-stroke gasoline engines because they had small propellors. The four-stroke engine is necessary on this thing to provide enough torque to turn heavy wood propellor! Here it is coming back in after having just landed: 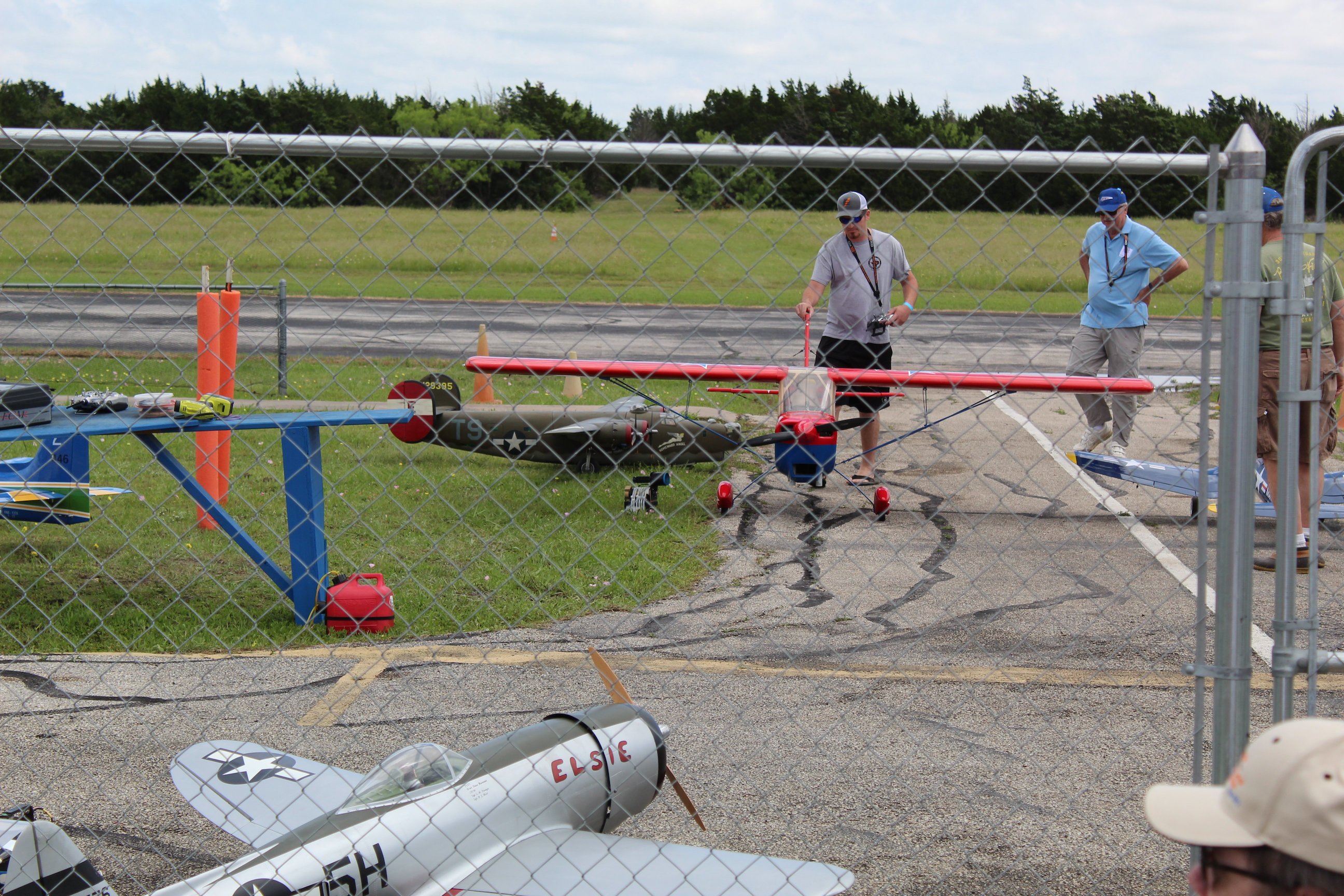